In the years following the Civil War, the Seaboard and Roanoke RR prospered. One of the signs of this prosperity was the construction
of a new passenger station in Suffolk, Virginia. The station was built
in 1885 and has remained basically unchanged over the years.
1907 saw a new railroad provide service from Norfolk, Virginia,
to the west. The new road was called the Virginian and its tracks passed
to the north ​of the Seaboard and Roanoke station.

n November 1, 1980, the SCL merged with the Chessie System to create the CSX Corp., even though it continued to operate as the SCL until January 1, 1983.

The Station was used for a freight office for several years by CSX and then was abandoned. In 1994 a disastrous fire occurred and the station was in danger of being demolished. At that time the Suffolk-Nansemond Historical Society began a movement to "Save Our Station." After several years of fundraising efforts by the Society and in partnership with the City of Suffolk, grants were obtained and the renovation began. The Station officially opened in August of 2000. With the help of volunteers the station stayed open to the public from Wednesday through Sunday each week. It was supported through donations and a gift shop. The Historical Society sold the station back to the City of Suffolk in July of 2017, and the grand re-opening is scheduled for October 2017. 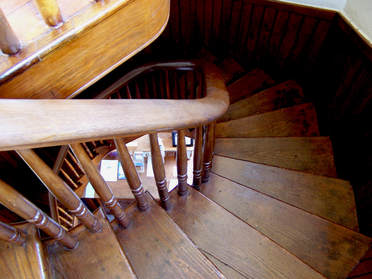 The Station is a Queen Anne style building reminiscent of the Victorian age. It has an interesting tower
with a beautiful, walnut, spiral staircase. Many original features were saved and restored such as the doors, windows, coffered ceiling, fireplace and porch. The most special part of the building is the HO scale model
of Suffolk, circa 1907, that was built by the Tidewater Division of the National Model Railroad Association.
Two of the scratch built model buildings won first place in the National Competition for that group. There is more than a mile of electrical wiring underneath the model and the line depicted is the Suffolk and Carolina RR. That line was built by William Henry Gay who lived across the street from the Station on the site where the present Obici Foundation building presently sits. That railroad ran from the Nansemond River down to Edenton, North Carolina.
​That railroad bed can still be seen running behind Cedar
Hill Cemetery. In 1918, there were six railroads coming through Suffolk with 32 passenger trains
​and 70 freight trains per day.